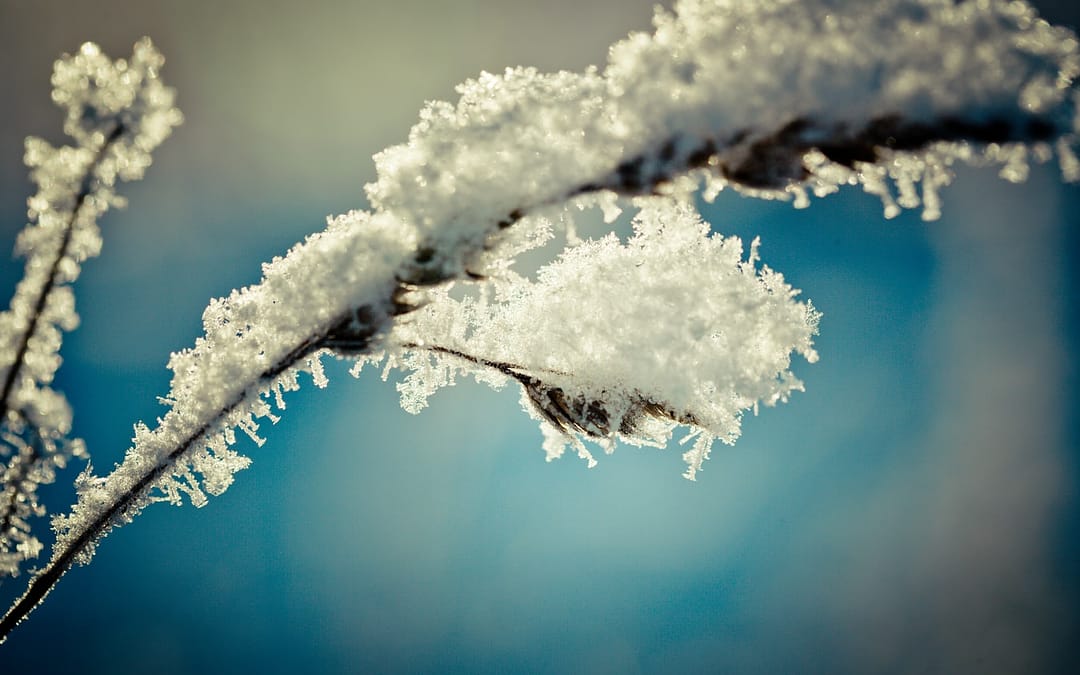 Welcome to the November edition of Showcase’s Newsletter! Aiming to give all our readers an insight into key updates within our sectors, the monthly editions will guide you through key legislation updates, Government policies, news stories that have caught our eye, and things to be aware of coming up over the next few weeks.

If you have any suggestions on features to highlight please do email them to hello@showcasetraining.co.uk and we’ll be happy to work with you.

We hope you enjoy the newsletter and find the content useful and interesting to read.

Message from the Author

Happy new year to you all! The festive break was very different in 2020; many of us were unable to see our friends, family and loved ones as we usually would, and celebrations were on a much-reduced scale with plans changing at the last minute due to updated scientific and government guidance. But, in typical British fashion, we kept calm and carried on, making the best of the situation by focusing on what is truly important in life – making sure others know they are valued and loved, and making time to appreciate how fortunate we really are. After all, 2020 was “not the year to get everything you want; it was the year to appreciate everything you already have”.

2021 is already shaping up to be a much happier year. Although we are currently in another national lockdown, this time around there is light at the end of the tunnel in the form of the COVID vaccine, already being administered to the most vulnerable in society. Moving into spring too, the evenings start to get a lot lighter and the temperature warmer so better times are certainly ahead.

The government have extended the furlough and job retention schemes unit the end of April, including the additional incentive for employers to take on new apprentices. This means Showcase is still here to help find placements and new Apprentices for anyone wishing to embark on a wonderful career in Early Years. This year we intend to expand our Early Years training to include the Level 5 standalone Diploma and Apprenticeship Standard, as well as looking at some interesting new courses on the market. An exciting year indeed, so watch this space!

Equality and Diversity in the News

Pop singer Zara Larsson has spoken out this week regarding the lack of gender equality within the music industry. She has stated how she finds it frustrating to see a lack of representation of females in the charts and in recording studios, with most producers being male. She joins many expressing a desire to increase diversity and representation of minority groups within the industry, celebrating achievements so far whilst highlighting work still required to be done. In March 2020, the Head of Diversity at UK Music, Rachel Bolland, pledged to make equality a focus for the industry, promising support for projects such as PRS Foundation’s Keychange (aiming to encourage greater representation of women, trans and non-binary artists) and the Musicians’ Union (who have worked to tackle sexual harassment in the workplace).

So-called Long Covid is being considered as a potential disability to be protected under the Equality Act. The act defines a disability as a ‘physical or mental impairment’ that has a ‘substantial and long-term adverse effect on the ability to carry out normal day-to-day activities’, and with the term ‘long-term’ being a grey area it is reasonable that the severe and significant challenges Long Covid should be accounted for when managing employees. Known effects of Long Covid include fatigue, fever, anxiety, stress, sleep deprivation, pain, muscle weakness, difficulty with breathing, and headaches, and employees may require adjustments to working hours and conditions for an undefined period of time.

With Brexit now well underway thanks to the agreement between the UK and EU being signed in time for the 31st December deadline, work is taking place to protect and renew key legislation surrounding our rights under equality and diversity. The Equality and Human Rights Commission lead on a great deal of this work and offer support to employees who feel they have been wronged by their employer, often forcing large organisations to sign legally binding agreements to improve on their approach to equality and diversity in the workplace. Most recently, the EHRC reported that the Department for Work and Pensions (DWP) had entered into such an agreement following a claim of discrimination by a former colleague. Their website gives a great deal of information and support for free for both employers and employees.

Extremism and Radicalisation in the News

Action Counters Terrorism have launched a new website aiming to give advice and support to those concerned about the extreme views and actions being displayed by loved ones. ACT Early gives the reader information on key signs to look for such as:

Of course, these may not be due to radicalisation or extremism and could have less sinister causes and require a different approach to help, but by acting early the right plan can be put in place to support an individual.

The website also offers practical advice on staying safe online and how to report graphic or violent extremist material and content relating to terrorism.

Additionally, Counter Terrorism Policing have been promoting the ACE Early website to parents and carers, especially highlighting the additional risk to young people over Christmas holidays and into the current lockdown. With increased accessibility to relatively unfiltered internet content at home, young people may be vulnerable to exploitation and grooming via propaganda shared on social media, including Right Wing and Islamist extremist materials.

The article on the CTP website states “statistics show more than half of referrals to the counter-terrorism Prevent safeguarding programme were for people 20 years old or younger… there has been an increase in the number of children arrested for terrorism offences and the amount of extremist propaganda reported online”.

They offer the contact details for ACT Early and the national Police Prevent Advice Line: 0800 011 3764.

Childline have launched a campaign titled “Nobody is Normal” aiming to highlight support available to anyone coping with ‘feeling different’. Their website lists some common ‘differences’ people may feel they have such as:

Their key message emphasises that however different you may feel, you do not have to cope alone. This is important when considering how we can safeguard ourselves and others, and what we can do or share to assist others in gaining the help they may need.

As England and Scotland move into a third national lockdown, organisations are quickly promoting support available for children and adults suffering neglect and abuse within the home. With schools and colleges closed until further notice and many working from home or without work, the risk of harm increases significantly; in August 2020 following the first lockdown, it was reported by Panorama that domestic abuse increased “dramatically” with a call being made to police every 30 seconds during the first 7 weeks from the 23rd March. The Social Care Institute for Excellence have published a guide for practitioners in the sector working to safeguard children and families, highlighting key risk factors to be aware of such as poverty, accommodation, and support networks available to individuals.

In the current era of ‘Fake News’, we continually need to be on our guard when reading articles and posts online, especially on social media. We need to be exercising critical thinking skills and critical analysis of what we are viewing, to safeguard against taking on board and sharing misinformation that can have severe negative effects. Particularly at the moment, there are many COVID-19 related conspiracy theories and stories such as claims that hospitals are not inundated with patients as reported in the media, and that the vaccine is a complete scam. Brexit also features heavily in social media posts, with claims regarding certain trade deals between the UK and other countries, and the need to stockpile certain foods/supplies (such as baked beans, Spam, and soy sauce).

The charity organisation Full Facts have a website to help fact-check information being shared, aiming to ‘expose and counter the harm it does’. It posts regular articles on current and common fake facts in circulation such as the claim the COVID vaccine alters your DNA (it definitely does not!). Simply search the site for what you need further information on and a whole host of reliable and responsibly checked articles will help you determine fact from pure fiction.

Pop star Jesy Nelson has left the British girl band Little Mix after 9 years. Nelson had taken an extended break from the group due to “personal health reasons” earlier in the year but has decided to make it a permanent decision, due to the “toll” that “constant pressure of being in a girl group and living up to expectations” had taken on her mental health and well-being. The singer had previously been greatly praised for her work in highlighting mental health and welfare via a documentary on BBC (‘Odd One Out’, aired October 2019 and available to view now on iPlayer), following many periods of illness including depression and disordered eating, often attributed to the great deal of online abuse she had continually been subjected to since first appearing on TV’s The X Factor in 2011.

On Monday 4th January 2021, the Government announced a full nationwide lockdown with immediate effect. Similar to the first lockdown in March and second in November 2020, people are being asked to stay at home unless it is absolutely necessary, with schools and colleges closed to children. A major difference this lockdown is that it falls in the winter, and whilst we are heading towards Spring there are major concerns regarding the mental health and well-being of children and adults. This, coupled with anxiety regarding the new strain of COVID, has led to multiple organisations publishing key support and information for anyone seeking advice.

Here is some of the information provided:

What a winter lockdown means for mental health – and tips for coping.

‘There is support available, so don’t struggle in silence’ – Emma Fernandes, Business Development Manager at Solent Mind. As Hampshire enters its third national lockdown, it is more important than ever to support the mental health of ourselves and our loved ones. We’ve responded to the challenges we’re all facing during the pandemic by making new digital resources and ways to find support from the safety of your own home.

Taking care of your mind as well as your body is important if you are staying home because of COVID-19.

The Mental Health Foundation is part of the national mental health response during the coronavirus outbreak.